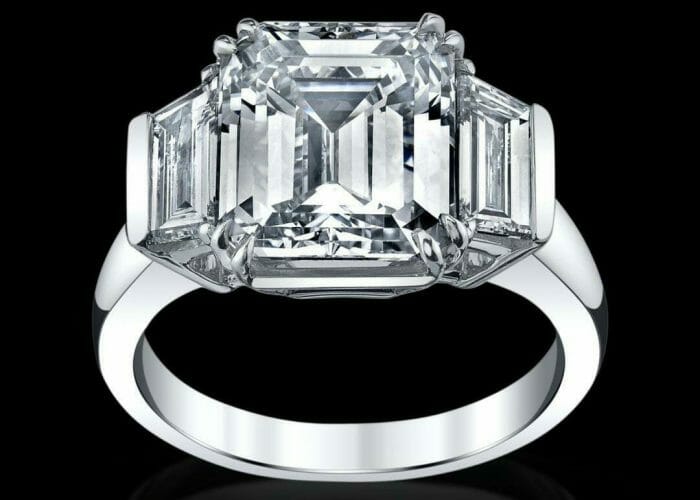 It’s officially that time of year again… the time of year commonly known as engagement season. Whether a proposal’s in the cards for you or not, whether you’re looking forward to, dreading, or indifferent to it, there’s no ignoring the fact that a lot of people around the world are about to get engaged. That means a lot of people around the world are searching for ring inspiration on Pinterest, and the data backs that up. Pinterest just released its report of what people are searching for and saving this month, and given the time of year, it offered plenty of engagement ringstatistics.

Among the trends this season, the report detailed the rise of alternative stones, like emeralds, black diamonds, and rubies. It also pinpointed trending styles like Edwardian, natural, and minimalist. But it was the popular diamond types that really caught our attention. According to Pinterest’s report, searches for East-West rings have risen by 111%, and Double Halo style queries have risen by a whopping 991%. But the trend that made our jaws drop is the Asscher cut (which is basically a square emerald cut), which rose by 1344% in searches.

Truth be told, we’re not exactly sure what’s behind the insane rise in popularity, aside from the fact that plenty of celebrities (e.g., Pippa Middleton, Elizabeth Taylor, Jessica Alba, and Gwyneth Paltrow in her previous marriage) over the years have worn the classic style. Whatever the reason, there’s no denying that the cut is stunning.

(from who what wear)