Luxury Giants Like Louis Vuitton Are Falling for Big Gems 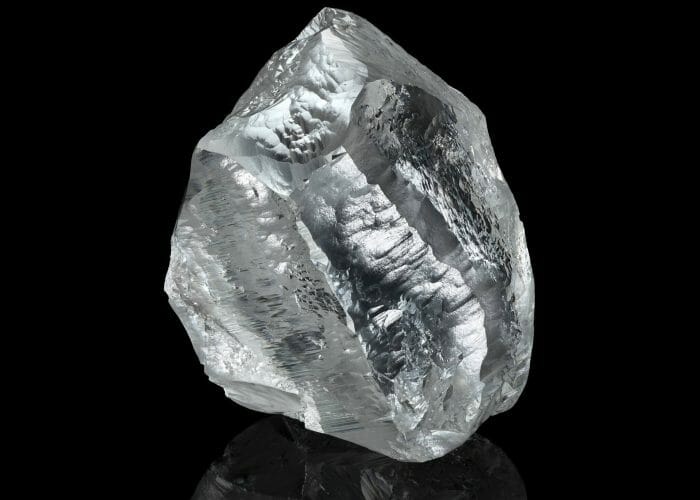 “They get a lot of publicity and customers who otherwise would not have thought of these brands for high jewelry.”

A handful of huge diamonds has arrived in the world of high jewelry that could alter the entire business.

In January 2020 Louis Vuitton, the world’s most valuable luxury brand, revealed it had bought the second- largest rough diamond ever mined. It bought the 1,758-carat Sewelô for an undisclosed amount in collaboration with Lucara Diamond Corporation, the Canadian company that owns the mine in Botswana where it was discovered, and HB Company, a diamond-manufacturing business in Antwerp, Belgium.

But it turns out the brand’s appetite for great big diamonds was just beginning. In November, it purchased a smaller, but still uncommonly large, rough diamond, the 549-carat Sethunya. Its mining partner Lucara has proved particularly adept at finding such stones. It is at the forefront of using X-ray transmission technology to locate the diamonds before they’re broken into small pieces during the ore processing and has a special Mega Diamond Recovery circuit dedicated to the search.

The acquisitions are compelling evidence that Vuitton, the star of the sprawling LVMH Moët Hennessy Louis Vuitton luxury conglomerate founded by Bernard Arnault, is polishing its high jewelry credentials. And it is not alone.

“Several luxury players are planning to enter or further penetrate the high jewelry category,” Achim Berg, head of McKinsey & Company’s apparel, fashion and luxury group, wrote in an email. “Jewelry is considered a potential growth segment for the future. The majority of that segment is unbranded and luxury brands feel that they could change that. By acquiring exclusive and very large stones they get a lot of publicity and customers who otherwise would not have thought of these brands for high jewelry.” 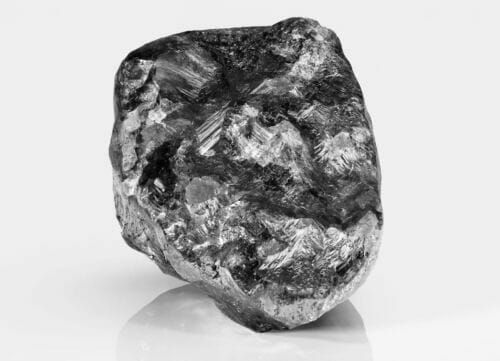 And while the pandemic has upended lives around the world, the clients who want to spend hundreds of thousands — or even millions — on high-end jewelry have largely been insulated from its effects. “After the last financial crisis, demonstrating wealth through spending on luxury goods was seen as vulgar and insensitive in many places,” Mr. Berg wrote.

“So far, we cannot see that effect during the course of the pandemic. In many developed regions, the middle class and the affluent have been less affected,” he added. “To the contrary, many have increased their savings rate due to lack of opportunity to spend (no travel, no restaurant visits, etc.). Therefore, spending money on luxury goods is seen by many as a reward.”

Louis Vuitton introduced its first high jewelry collection in 2009, but the diamonds represent the first opportunity for clients to participate in the entire bespoke process: from the rough stones all the way through working on final designs with Francesca Amfitheatrof, Vuitton’s artistic director of jewelry and watches.

(The two diamonds couldn’t be more different in appearance, even though they were extracted from the same lobe of Kimberlite, the type of rock where diamonds are found, at the Karowe mine in Botswana. The Sewelô has an opaque black-carbon surface, while the Sethunya is transparent.)

Michael Burke, Louis Vuitton’s chief executive, considers custom high jewelry to be a natural extension of the brand’s origins in leather goods. “Vuitton was born in the 19th century,” he said. (1854 to be exact). “We were born in the world of made-to-order. Back then, no one walked out of Louis Vuitton with three trunks under their arm.”

Buyers should not expect instant (or even speedy) gratification. Vuitton plans for a buyer to accompany its head of gemology to HB’s operation in Antwerp to watch cutters create a kind of small window in the selected gem, to allow a view of its interior. The cutters then will spend several months studying the stone’s structure to determine the possible cuts and gem sizes. Once a client makes his or her selections, the cutting and polishing will require months more.

In all, the brand said, it will take at least a year to get a finished jewel — although that’s a blink of an eye in a diamond’s billion-year life span.

Mr. Burke also has an unhurried attitude toward selling the stones, which certainly were multimillion dollar investments by the brand (which, of course, contributed to LVMH’s revenue of 44.7 billion euros, or $54.3 billion, in 2020.)

“There’s no timeline,” he said. “The beauty with Louis Vuitton is that we give ourselves decades to succeed in a new trade.” The house now is known for its ready-to-wear, although it only entered the category in 1998. And in 2012 it introduced the Objets Nomades collection, inviting respected designers to create furniture and design objects for the brand.

For now, there is no way to predict the future of either diamond. Of the Sewelô, Mr. Burke said, “Someone could buy it and keep it as is and go the next 20 years dreaming of what he or she could make of it. Or a collector could spirit it away and not want anyone else to see it. Many things could happen. The crazier the idea they have, the better it would be.”

Of course, that’s if the diamond actually leaves Vuitton. “Bernard Arnault doesn’t want to sell it,” Mr. Burke said, referring to LVMH’s chairman. “He’s told me that many times.”

Coincidentally, Tiffany & Co., whose acquisition by LVMH was completed early this month (and where Mr. Burke now is board chairman), has plans for a high-carat creation of its own. It is re-creating — with modernizing touches — a necklace it produced for the 1939 World’s Fair in New York and displayed at the opening of its Fifth Avenue flagship in 1940.

But this time, instead of an aquamarine, the necklace will feature an 80-carat, D color, internally flawless diamond. Mined in Botswana, the stone is the largest Tiffany has ever offered for sale and is expected to be the most expensive.

Like the original necklace, the reimagined one will be on display when the Fifth Avenue store reopens in 2022, after an extensive renovation.

Experts say the benefit of such projects go far beyond the balance sheet.

“When you work with high jewelry and unique stones it gives a halo of exclusivity and desirability to everything from your brand,” said Mario Ortelli, managing partner of luxury advisers Ortelli & Company in London.

But, “legacy and heritage don’t last forever,” he said. “You need to reinforce your heritage and legacy over time — even brands that have long histories. There are diamond brands that are not investing, not creating new icons. They disappear from the consumer’s radar screen.”

Of course, size isn’t everything and sometimes imposes challenges — try wearing a ring with a 200-carat diamond. It would likely be the size of a golf ball.

Yet, “exceptional pieces always sell,” said Albert Boghossian, chief executive of the family-owned Boghossian business, based in Geneva. Last spring, in the early days of the pandemic in Europe, it sold a rare natural pearl necklace at its Gstaad boutique and in November, a $7 million emerald and diamond rivière at a Christie’s auction in Hong Kong.

And Mr. Boghossian has been able to add some noteworthy gems to his coffers. “During lockdown, all the big jewelers stopped production and stopped buying stones,” he said. “So, I took advantage of the fact that dealers were sitting on jewels. I bought a 16-carat ruby, a blue-green diamond and deep blue diamond.”

Of course niche high jewelry houses and global mega-brands are not the only way to acquire notable diamonds and gemstone rarities. Sotheby’s, for example, auctioned a 102.39-carat D flawless oval diamond for $15.7 million in October in Hong Kong and a 14.83-carat vivid purple-pink diamond called The Spirit of the Rose for $26.6 million in November in Geneva.

“Some collectors will always prefer auction over private sales, and vice versa,” said Sonia Fazlali-Zadeh, jewelry and watches specialist at Gurr Johns, a global appraisal and advisory business. “For the most important stones and large diamonds, most collectors will buy wherever it is being offered, as long as the price is right.”