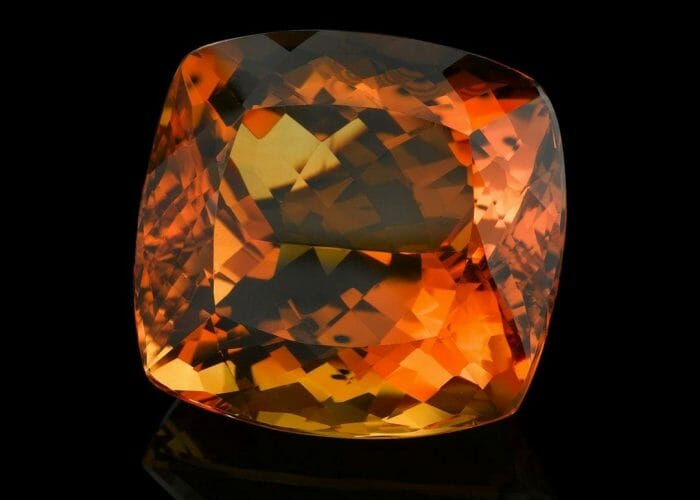 Gemstones have fascinated people of all cultures for millennia. Their remarkable beauty and (for some gems) their durability likely led some to assign them supernatural powers. Although some of those beliefs persist, the most frequently encountered association between gems and mystical powers today is the idea of birthstones. The belief that a particular gem protected those born during a particular month goes back to the 16th century CE. What many call the list of “traditional birthstones” originates from Poland around that time. This system developed from an older belief that each of the twelve signs of the astrological zodiac had a connection to a particular gemstone.

From Beautiful Gems to Birthstones

What led to the connection in Western culture between gemstones and astrology?

The movement toward astrological significance probably originated with speculation about the Biblical breastplate of Aaron. The instructions God delivered to Moses in Exodus included creating a breastplate of judgment set with four rows of three stones (Exodus 28:15-21). Many have debated the actual identity of these twelve gemstones. Complicating matters, ancient names for gemstones don’t necessarily correlate exactly with modern identifications.

Much of the speculation on the spin-off symbolism of the breastplate of Aaron falls beyond the scope of this article. However, twelve gemstones appear later in the Bible. Revelation 21:19-20 lists twelve gemstones as the foundation stones of the Heavenly City. Although lists and translations vary, you’ll find considerable overlap between this set and the breastplate stones. Like those gems, the identity of the foundation stones has generated much debate. These efforts have encountered the same obstacles, too.

In the Middle Ages, commentators connected these twelve gems with the twelve apostles. In turn, they associated each apostle with one of the twelve months of the calendar. Over the years, the order of the gems has changed. However, the strong popular association of specific gemstones with specific months has endured.

A Comparison of the Foundation Stones with Traditional and Modern Birthstones

Below, you’ll find modern and traditional birthstones compared with the foundation stones.